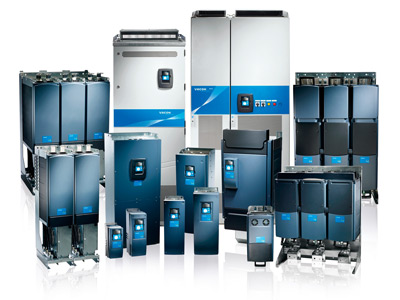 For the last decade, the technical press has been awash with stories about the energy savings that can be made by fitting VSDs. The stories are true, which is why many companies have already installed VSDs. When engineers in these companies see the VSD energy saving stories, they probably think they’ve been there and done that, but are they justified in sitting back and enjoying the glow of a job well done? That depends on the age of their VSDs. If they’re just a few years old, it’s unlikely that further action is needed. But if the VSDs are over five years old, it’s a different story.

That’s because the intrinsic efficiency of VSDs has improved considerably in recent years. It’s not, however, as simple as saying that VSD efficiency has improved by one or two per cent over the full operating range, because the efficiency improvements relate mostly to operation at reduced loads and speeds.

But does this extra efficiency matter? After all, the gains are biggest when the drives are lightly loaded, and how often does that happen? In many applications, the answer is that the drives run lightly loaded most of the time.

Designers size motors for worst-case conditions – with an air-conditioning installation, for example, this would be the hottest day of the year. Then they further increase the motor size “to be on the safe side”. This means most fan and pump motors rarely need to deliver full output. Instead, they spend their lives running lightly loaded, which is the least efficient area of operation for older VSDs. This is a very good reason to review the efficiency of older VSDs and, if necessary, replace them with modern products.

And it’s not only efficiency that will be improved by installing new drives. The latest units are much more reliable and, in today’s de-skilled world, this is a very real advantage. In addition, modern VSDs have superior harmonic and EMC performance, making it easier for users to satisfy the demands of the supply authorities.

There’s no doubt that, in appropriate applications, VSDs deliver big energy savings but older VSDs aren’t a “fit-and-forget” solution. They probably did a great job in their day, but it’s likely that they are now markedly inferior to the latest products. In short, if your VSDs have passed their fifth birthday, it’s time to talk to an expert like Vacon about reviewing their performance. You may be pleasantly surprised at the savings you could make!